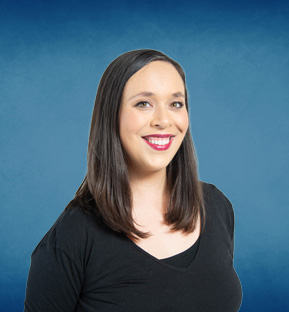 Sasha has been a part of the Ballet Etudes’ artistic staff for 12 years. She began her ballet training with Marnell Himes-Ushijima as well as Gary and Muriel Joyce at Huntington Academy of Dance at age 5, studying and
examining in the Cecchetti method. She continued her training with advanced commercial dance in high school and college but began to focus her attention on teaching. After more than 15 years, Sasha remains on
HAD’s faculty and has obtained her Associate teacher certification through Cecchetti USA. As an alumna of Ballet Etudes, Sasha has performed in the company’s Nutcracker countless times, dancing roles from Mouse to
Snow Princess to Spanish lead, just to name a few. She has also danced lead roles in other Ballet Etudes productions, such as Cinderella, the Little Mermaid, and Snow White and the Magnificent 7. Sasha has
directed and/or helped produce many Ballet Etudes productions, including Alice in Wonderland (2012), The Nutcracker (2012-2017), Snow White in the Old West (2014), Coppelia (2014), Cinderella (2015), Swan Lake (2016) and Peter Pan (2016). Sasha graduated summa cum laude and Phi Beta Kappa from the University of Southern California with bachelor degrees in theatre and environmental social sciences. While at USC, she performed in several School of Theatre productions and was also fortunate to be selected to choreograph a full dance accompaniment to the Greek tragedy, “Agamemnon.” Sasha holds her J.D. from USC Gould School of Law and works as a project development and finance attorney at Troutman Sanders LLP. She is grateful to be able to balance her legal career by sharing her love of dance with the upcoming generation of Ballet Etudes’ ballerinas.